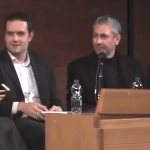 I was honored to speak at the Festival of Engineering of Lodi about the fine art (and science) of videogame programming.

It was very interesting, especially for my colleagues engineers… many people don’t know what’s behind the development of a videogame, the advanced mathematics required to build a 3d engine or the complex physics behind a modern simulation of a racecar or an aircraft. An engineer is, nowadays, an essential part of a videogame development team! 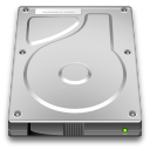 My first, real “serious” OS was the AmigaOS, back in the ’80s. It was a real-time, preemptive 32-bit multitasking OS, coupled with GUI and multimedia capabilities. But Commodore declared bankruptcy in the ’90s and the Amiga entered her ill-fate, so I eventually switched to the Mac OS (X) platform, mainly because it was the only other alternative to the Wintel duopoly. Macs were PowerPC based and NeXTStep (ehr… OS X) was quite an interesting environment.

Linux was there, but it was not a real alternative, for me. Not very user-friendly, few applications (of the ones that I needed) available, you must always resort to the terminal for quite anything… it was not for me.

But then, things changed.

Using OS X I began to be acquainted with a Unix system, and when Apple ditched the whole PowerPC thing and embraced Intel chips, there was simply no reason anymore to buy (expensive) Apple hardware. In fact, my last Mac was a PowerMac “Quad”, and then I continued to use OS X on assembled PCs (“Hackintoshes”), with very good results and performance (I must say). Meanwhile, many more applications begin to be available for Linux, and what was not natively available could easily be used through virtual machines or (even better) Wine… so, I took the final decision: let’s “switch” to (Ubuntu) Linux, and see how it is.

Well… for now, it seems quite a good decision!